-Why is the selected font generating different characters to the input character which is graphic image data?

From ZebraDesigner a user has the option to use fonts from Windows or fonts that are loaded in the printer.

A user can toggle on or off which fonts can be seen in ZebraDesigner using these buttons:

When both fonts can be used in ZebraDesigner it is likely a user will select a "Windows" font as the selection is much greater. 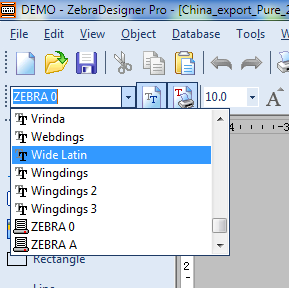 Fonts with a "T" logo identify as Windows fonts.

However, as these fonts are not loaded in the memory of the printer; ZebraDesigner will convert the text into a graphic and send this to the printer at "print time"

Thus, a user who is using the graphic image data will not print as fast as when using the ZPL font command which is the case when selecting a resident printer font. 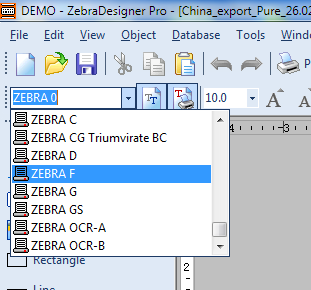 note:
Benefits of using pre-loaded fonts of ZebraDesigner
1. Faster processing speed
2. Printed characters will be tidy and clear to read
3. Able to modify the input from generated ZPL scripts