When you load media, you must place the roll onto the media hangers.

You must use the correct media for the type of printing you require. 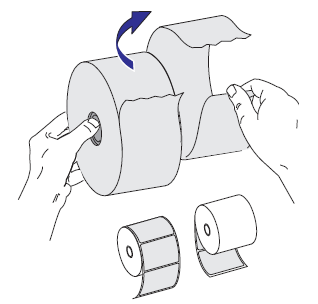 Placing the Roll in the Media Compartment

1. Open the printer. Remember that you need to pull the release latch levers toward the front of the printer. 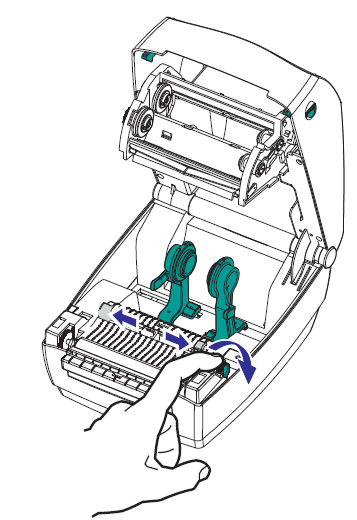 4. Pull the media so that it extends out of the front of the printer. Verify the roll turns freely. The roll must not sit in the bottom of the media compartment. Verify that the media’s printing surface is facing up. 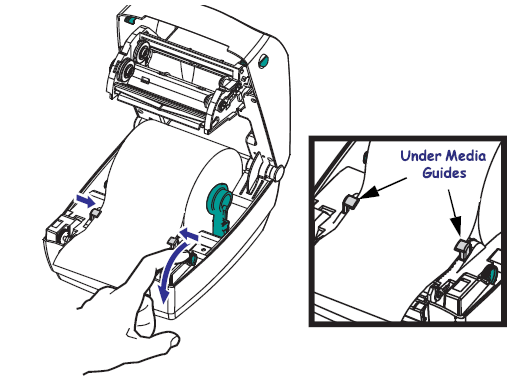 7. If printer power is on, press the Feed Button to feed media.


For further details about using the GK888 printer, please see the below GK888 User Guides:-