Information about SimSun font offered by Zebra for printers

What is the SimSun font?

How can I print Chinese characters?

How can I see the SimSun font is loaded in my printer?

ZPL base desktop and tabletop printers.

The SimSun font is a Chinese (Simplified) font base on 宋体 (Song typeface) font, using GB18030 or Unicode character encoding.

It is used in conjunction with ZPL (printer command language) to print Chinese characters with Zebra printers.
This font cannot be purchased from Zebra and printers cannot be upgraded with this font in the field.

The printer models with a China (CN) power cord configuration have been loaded with SimSun font by default.
The GB18030 character set (GB18030.DAT encoding table) is also loaded in these printer configurations. 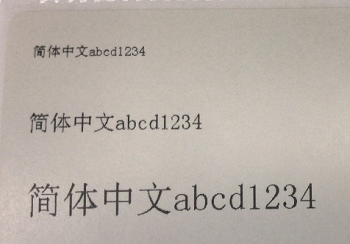